Fallout 76: Vault 94 Location and Best Build for the Raid

Here's the exact location of Vault 94 in Fallout 76. Keep reading for a nearly invincible build for the Vault 94 raid.
by Sergey_3847

Bethesda has just added a brand-new raid to Fallout 76, which takes place inside Vault 94. The raid is designed for four players, but you can finish it in solo mode.

Each week, players will be able to complete new tasks for various rewards. The quality of the rewards will depend on the player's difficulty settings. The best rewards will, of course, be on Expert difficulty.

In any case, if you want to dive right into the Vault 94 raid, then follow our guide below for the exact location of the vault, and what kind of character build fits this event the best. 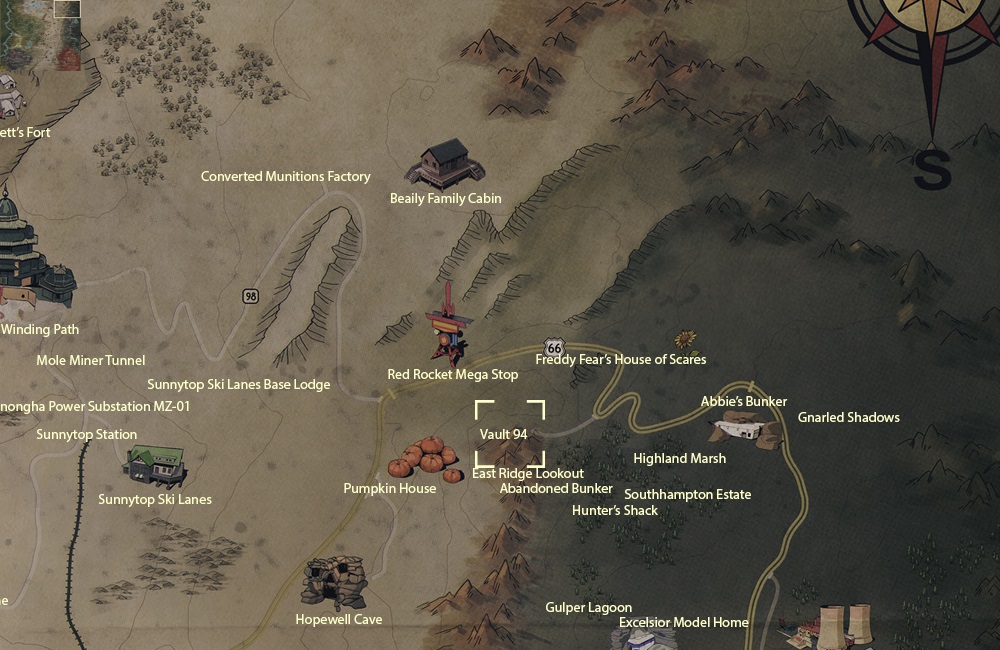 Vault 94 is located in the northeastern part of the map, in the Mire region of Appalachia. Walk to the south of Red Rocket Mega Stop and you will end up at the foot of the mountain.

There is a rusty stair leading up to the vault's entrance, which is entirely covered with flora. The place looks completely abandoned, but you can activate the console in front of the door, and it will open up and let you explore inside.

Since Vault 94 is located in the Mire, there is going to be a lot of Mire insectoids roaming about. They can be hard to deal with if you don't know how. That is why your build should be constructed around Mire resistances.

This perk allows you to ignore 25% of the armor on any insect, which can be stacked to a total of 75%. With this perk, you will be able to quickly kill Mire monsters.

This perk is the most help on Expert difficulty, which guarantees some really top-tier rewards for completing this event.

If you decide to go solo in Vault 94, then it would be most efficient to get the Exterminator's armor set for its increased defense against Mirelurks.

But if you go in with a group, then the Medic's armor is the best. You will be able to effectively heal your group and yourself, which is crucial at higher difficulties.

In general, anti-armor weapons always deal more damage than traditional-ammo guns, since they are designed to deal with more resistant enemies.

Perception perks are essential for this type of build, and in addition to Exterminator, you really want a whole set of Commando, Expert Commando, and Master Commando perks, especially if you're running an anti-armor rifle. Otherwise, fit your perks to your weapon of choice.

If you're running the Exterminator's armor, then opt for Lone Wanderer as your main Charisma perk, which increases damage resistance. If you choose Medic's armor, then go for Field Surgeon, which will increase the healing power of your stimpaks.

The best universal Agility perk is Born Survivor, which basically heals you automatically if you're in the middle of the battle and there is no time to heal manually.

Lastly, for Luck choose Critical Savvy, which increases critical hit chance, as well as Serendipity, which decreases damage by 45% percent when maxed out.

All in all, this build should help you get through the raid almost unharmed.

For more Fallout 76 guides, please see the list below: